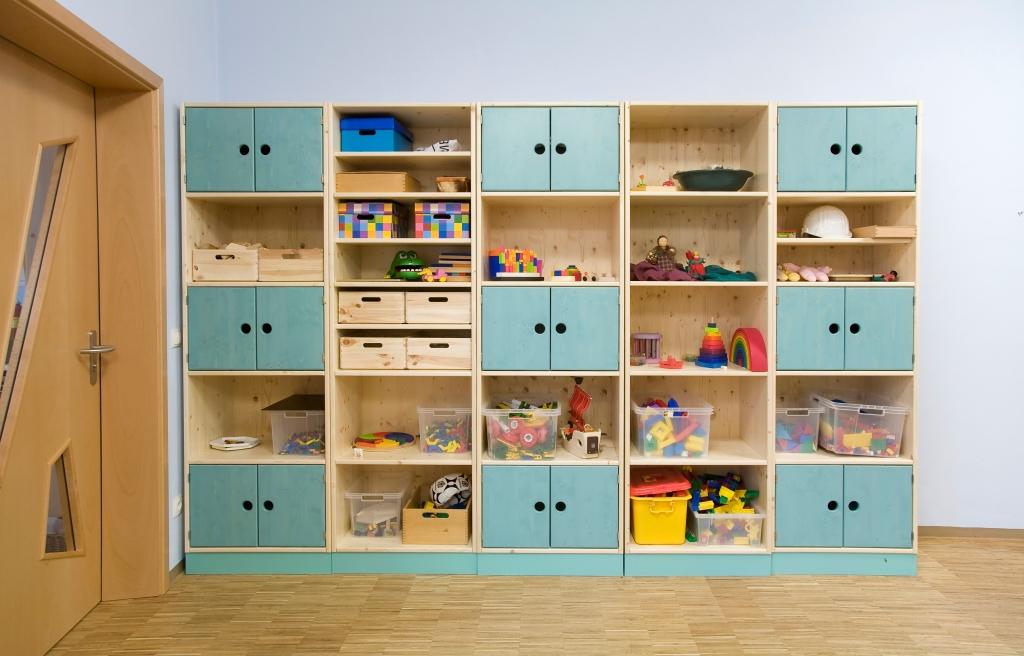 Würzburg, June 2008 – The new children’s house in Bayreuth Upper Franconia (sponsorship Diakonie Bayreuth, Bavaria) will amaze the visitor at the first glance: Not only the external facade of the building but also the interior design are moulded by many different forms and colours. Chamfered ceilings and bizarre window variations as well as striking colours on the walls make the children’s house look like a modern fantasy castle. Each of the four group rooms follows its own colour concept which reflects the four elements fire, water, air, and earth.

Great importance has also been attached to the colour choice for furniture painting. E.g. all cabinets and built-in wardrobes of the water groups were stained in light blue and coated with the water-based clear varnish 2- component AQUALUX 472 of the brand Jordan Lacke.

With the choice of the 2-component clear varnish Aqualine from Jordan Lacke, not only ecology but also the future of the following generation have been taken into account. Terms such as ecologically compatible, low-emission or responsibility are familiar concepts for the Horner carpentry and cabinet makers from Kasendorf who were responsible for the manufacture of the children’s furniture. Therefore it has not been difficult for them to opt for a water-based varnish of the latest generation, all the more as this is nowadays a real alternative to solvent-containing products, especially in the field of children’s furniture. On the one hand water-based varnishes are less harmful to health and on the other hand highly durable.

For staining the single cabinet parts (solid spruce) the water-based Decolor pigment stains of the Jordan Lacke brand in different RAL shades was used first. The wooden surface was watered first of all and then again ground after drying (grain size 180). After thorough dusting off stain application could be carried out using a cup gun in V2A (jet: 1.5, pressure approx. 2 bar) (applied quantity approx. 80 ml/m2). After a short reaction time the stain was carefully and regularly distributed by means of a stain distributor. After complete drying for approx. 6 hours clear varnish was applied on the stained surfaces.

First the clear varnish, 2-component AQUALUX 472 (gloss level: matt) from Jordan Lacke was mixed with AQUAHARDNER 410 while stirring carfully (mixing ratio 10:1) and then the mixture was applied in 2 spraying processes by means of an airmix gun suitable for water-based varnishes. In each process

The drying phase between the first and the second application of varnish was approx. 4 hours. Before the second varnish application thorough intermediate grinding was carried out with grain size 240.

After the installation of the furniture in the children’s house the responsible people were quite enthusiastic. The cabinets and wardrobes in matching colour shades noticeably emphasized the special atmosphere in the four group rooms with different designs. For the children and educators of the children’s house the surface varnished with Jordan water-based varnish is not only a really environmentally friendly alternative but it also assured them to have done something useful for all of us without having to renounce at properties such as excellent grain warmth effect, high scratch and abrasion resistance or flame retardancy acc. to DIN 4102 B1.

Because in such important fields as children’s houses we should meet highest demands.

The Horner Company in Kasendorf

The family-owned company founded as early as in the 19th century today combines sophisticated technology and solid handicraft work under one roof. The joinery, which apart from interior design and carpentry work also large projects and any type of furniture can look back on a comprehensive service range: Repairs and renovation work as well as restorations of old furniture belong to the Horner Company’s wide service and product range. It is important for this company to exclusively process certified paints and stains. 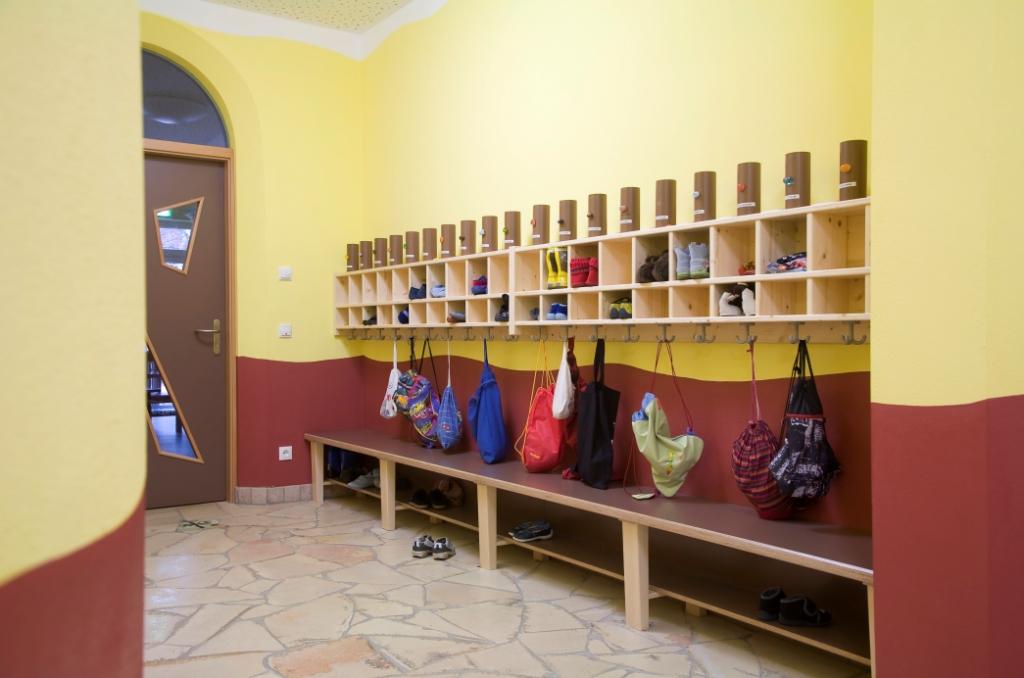 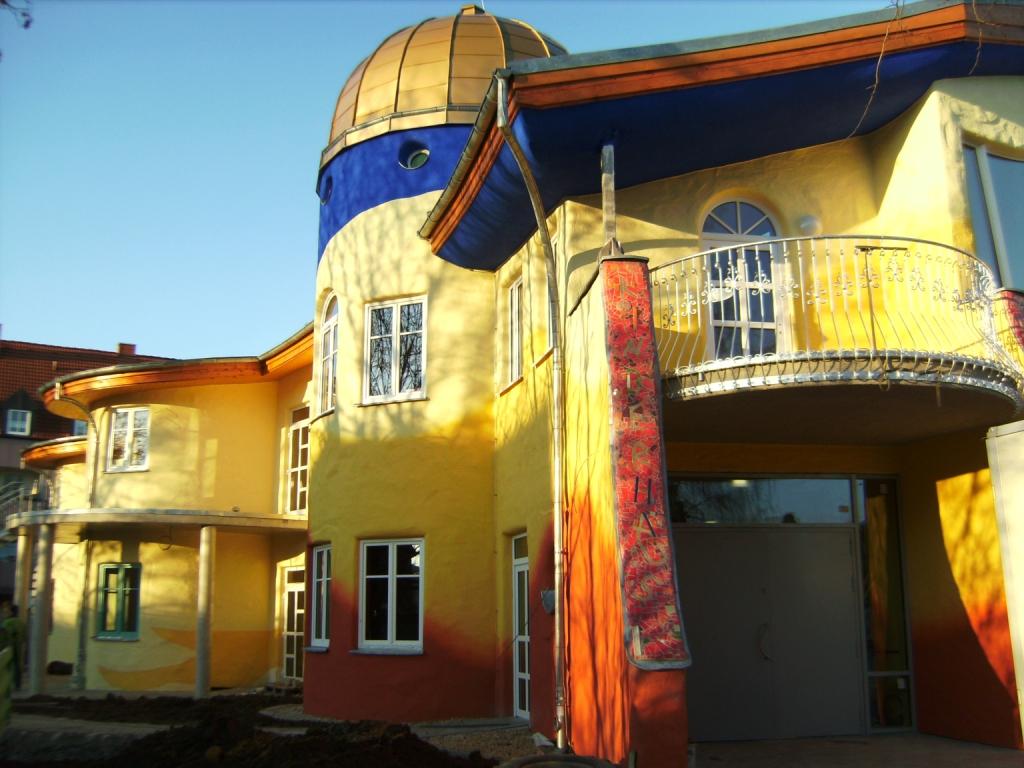 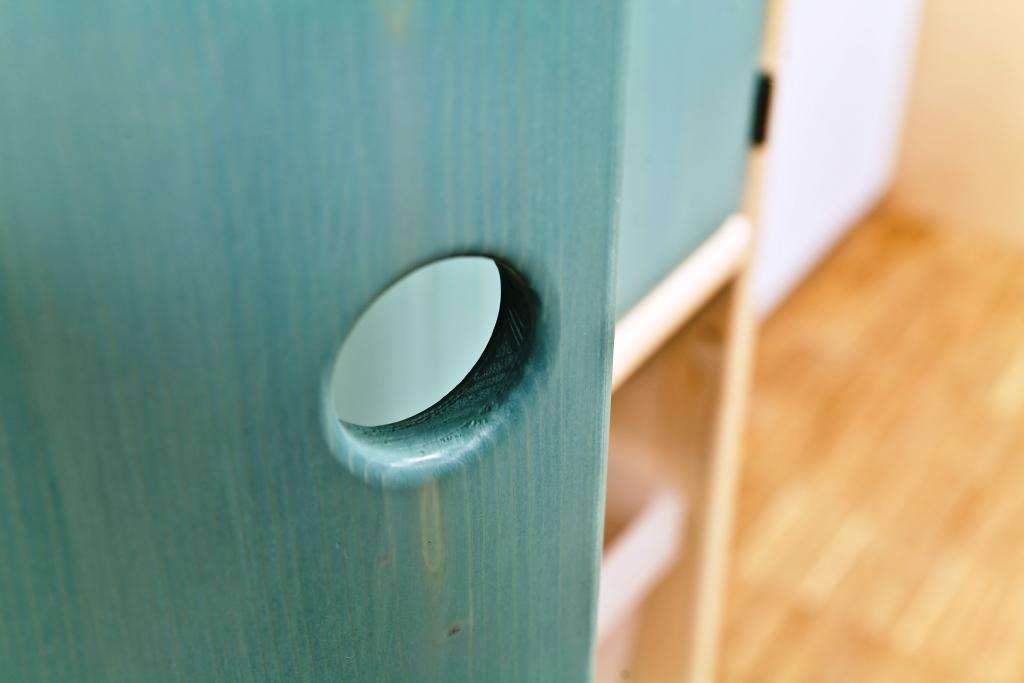 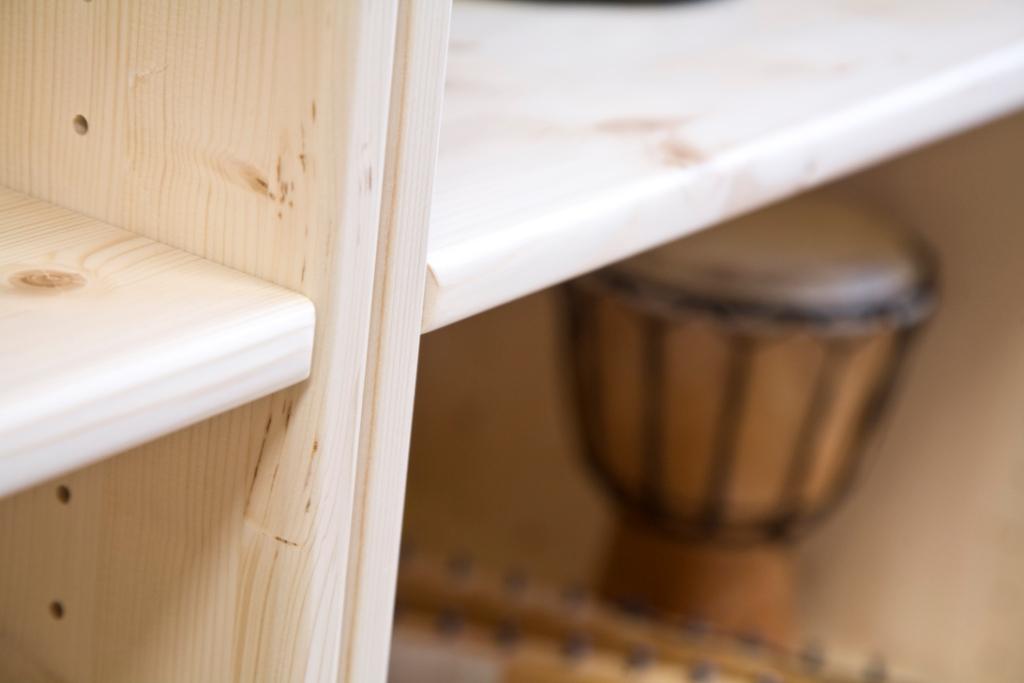